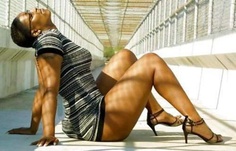 Mesa ran into the building gasping for his breath, sweating, heart pounding and talking fast about he had just been, got.  He said a woman got him; took him for $155 in food and drinks.

It was Mesa’s birthday weekend and I never saw a Brutha so distraught.  “I fell for it B.  Neva let a chick choose the place to meet up.  It’s her home court, her playing field”.

A lesson learned and a cardinal sin when playing the dating game.

She was thick, sexy and fine.  Mesa was thirsty for some ass.  He ignored the red lights, bells and whistles that went off inside his head.  Like a fool, Mesa followed her lead and agreed to meet up to kick it, at her favorite spot at 6pm; a local Bar n Grill near by baby girl’s crib.

Homegirl was there at 5pm, and started ordering food and drinks before Mesa’s arrival.  While throwing back drinks she took the liberty to call her girlfriend asking her to swing by, on his dime, just in case the date turned into a bust.  Baby is in gold diggers delight mode.  She not too bright upstairs and doesn’t wander too far from the ranch, if you know what I mean. Everything she ordered was from the top shelf.  A simple chick no doubt with little to no consideration of Mesa’s pockets as her boy, the bartender kept the drinks flowin.

Mesa hops in a cab, arrives at the spot only to see that Honey started the party without him. The table was full with unfinished drinks and half eaten food.  Baby Girl’s wheels were always turning to ensure she had gotten her way. Honey smiles, looks at Mesa and says “Dribble or shoot, nicca?  Just don’t stand there drive to the basket or pass da rock or just have a seat on the bench and watch a pro handle her business”.  Honey has the constant need to be on the one up and tried to convince Mesa the devil didn’t exist. Meanwhile, he allows her to think she’s making the final decision, on her own.

A dumbfounded Mesa pulls up a chair and orders a drink, tryin to evaluate exactly what he has gotten himself into.  Honey says, “I love this place”.  Mesa says “That obvious”.  Baby girl laughs it off and says “What are we doin tonight?  I’m ready to have some fun.  What you trying to do”?  Mesa says “Nothing.  I think I’m gonna call early tonight and check out Netflix.  Phuckin wit a chick like you is a movie all by itself”.

Baby Girl’s girlfriend arrives and Mesa is done right about now (he’s seen enough).  She’s a non attractive, sloppy wit it, ova weight, can’t wait to eat two tons of no fun type of chick.  She was huge like the “Hunt for Red October” huge.  Mesa heard her stomach growling as she approached the table.  It sounded like water in a hole.  She smelt like whale meat. Girlfriend’s face look like she heard the bell ring for an all you can eat buffet special.

She clearly had been hangin out at the senior citizens center too long before they notice she didn’t have any family there to visit.  She’d just walk in from off da street during lunch time and help herself to other peoples lunch.  What gave her away wasn’t that she was standing on line rockin back and forth doing the hungry girl, get in my belly, dance.  No, it wasn’t the fact she always first on line either. Uh uh, what gave her away is when she got put out for fighting over the last bowl of jello with a resident twice her age.

Honey introduces the two and then signals the waiter for another round and later asks for the check.  Mesa said “I see you’re use to nicca’s treating you a certain way and clearly, I’m not dat nicca”.  Honey’s girlfriend laughs and looks away.  Did you order anything for me”?  Mesa asked.  Sistah giggles as she throws back a shot of vodka and says, “Here we go” then tells Mesa to order what he want but she’s ready to bounce and hit da club scene.  “The night is young so please don’t phuckup my buzz”.  Baby Girl mumbles under her breath, “You’re trippin”.

The waiter walks over and hands Mesa the check which comes out to $155.  He’s like “Yo, really”?  You gonna do me like that?  Honey’s girlfriend looks the other way, gets up and goes to the bathroom.  (The price one pays fo phuckin wit a self centered fine chick).  At this point Mesa is turned off.  He just spent $15 in cab fare to see this woman and she’s gonna play him like a sucka.  No pucci, no tongue, not even a little rub on dat crazy phat azz of hers; just the bill and a smart lip to match her phuckin attitude.

Tryin to play it cool, Mesa pays the bill and chalks it up as a lesson learned.  He politely asks of her to drop him off at his house.  They all leave the spot as the other girl tags along riding shot gun.  Honey’s pushin a 2013 BMW and before she darts across town she stops at the gas station.  Mesa plays dumb and starts to flip through his phone.  Honey says, “The gas ain’t gonna pump itself.  I pump brakes I don’t pump gas, sweetie.  Come on now stop playin, so I can get you home, wit yo peanut head”.

Baby girl jumps out the car and goes inside to pay for the gas. Mesa thinks to himself that’s the least she could do then gets out of the car to pump the gas.  $30 dollars, really, Mesa hops back into the ride and looks at her like the cheap bitch she is.  Honey asks Mesa what’s his problem?  Mesa confesses that he didn’t appreciate how she took advantage of him.  Baby Girl, flips her weave in his face and told Mesa to grow up and to stop cryin, whining like a little bitch.

Mesa says “What?  Bitch, I keep an ugly chick in my back pocket just in case fo nights like this.  I just flip a bitch out like, BAM”.

Like garlic bread on the floor and a Lil wholly water to a vampire that fine bitch jumped all da way back thinking Mesa was gonna phuck up her hair and shyt.  Honey almost crashed her ride, swirvin thinking the picture was alive. The expression on Baby’s face looked like she just saw Freddy Krueger. Isn’t she lovely?  This is my daughter, Lovely. Damn, you’re fine.  We gonna make some pretty babies.

Mesa was home in no time flat.  He opened the car door turned around to ask Shorty if she’d like to come up to chill and the car took off without him even closing the door.  Mesa smiled and said “It works every time.  Now that’s how you get rid of a bitch”.  Make them think they’re in control.  Lol. Phuck Outta Here.  Mesa waves good bye to a speeding car.  He reaches for his cell phone and mumbles, “Let me hit up my Snow Flake shorty, she would neva do me like this”. 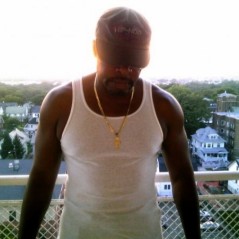 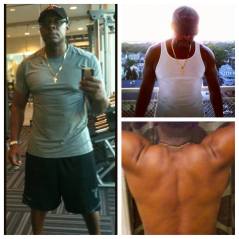